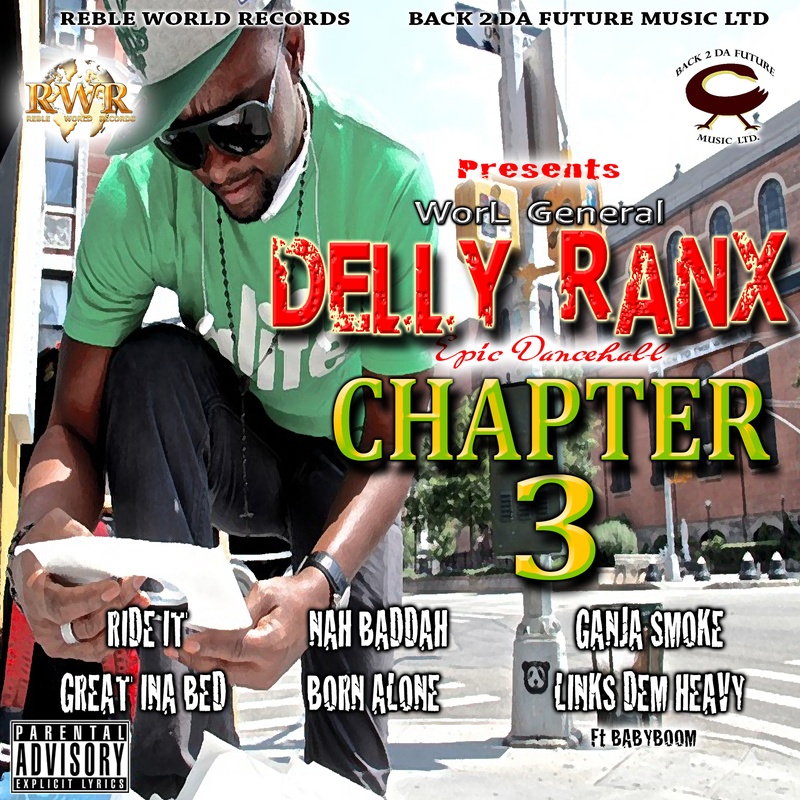 Delivered by Artist/Producer BabyBoom for Reble World Records - this is six pieces of real authentic Dancehall from the Grammy winner in his Artist guise. Delly’s melody and concepts not only show his ability to deliver songs of substance, but also enable his fans - old and new - to relate to him as a person.

Coming from the same Publishing House - Back 2 Da Future Music Ltd - the link between the two was made through @B2DafMusic CEO, Kennedy ‘Prezedent’ Mensah for a Delly Ranx one Riddim Project in 2010. Since that time the two have featured on each other’s Riddims consistently, culminating in this set which is a return to the Dancehall for Delly who’s last album, ‘The Next Chapter’, was a Straight‘Reggae’ Project on his own Pure Music label.

The support of Delly Ranx to Reble World Records has been very much respected and appreciated and plays an influential part on the rest of the label’s productions.

Oops! This site has expired.

If you are the site owner, please renew your premium subscription or contact support.